What Is Singapore Maths?

Singapore has become a “laboratory of maths teaching” by incorporating established international research into a highly effective teaching approach. With its emphasis on teaching pupils to solve problems, Singapore maths teaching is the envy of the world.

Request a free demo to discover the proven approach that builds teaching confidence and meets the needs of every learner.
Request School Demo

Singapore developed a new way of teaching maths following their poor performance in international league tables in the early 1980’s. The Singapore Ministry of Education decided to take the best practice research findings from the West and applied them to the classroom with transformational results.

Based on recommendations from notable experts such as Jerome Bruner, Richard Skemp, Jean Piaget, Lev Vygotsky, and Zoltan Dienes, Singapore maths is an amalgamation of global ideas delivered as a highly-effective programme of teaching methods and resources.

The effectiveness of this approach is demonstrated by Singapore’s position at the top of the international benchmarks such as TIMSS and PIRLS and explains why their programme is now used in over 40 countries including the United Kingdom and the United States.

Learn more about the teaching methods from Singapore including our approach to bar modelling, CPA and number bonds.

Since 2007 Maths – No Problem! has helped hundreds of schools and parents teach the world-class methods from Singapore and we can use our expertise to help your school too. The Maths — No Problem! Primary Series was assessed by the DfE’s expert panel, which judged that it alone met the core criteria for a high-quality textbook to support teaching for mastery.

Programme based on established theories

Singapore maths is an amalgamation of global ideas delivered as a highly effective programme of teaching methods and resources. The approach is based on recommendations from notable experts such as Jerome Bruner, Richard Skemp, Jean Piaget, Lev Vygotsky and Zoltan Dienes.

Bruner studied how children learned and put forward the Concrete Pictorial Abstract (CPA) approach to learning. He also coined the term “scaffolding” to describe how children build on the information they have already mastered. In his research on the development of children (1966), Bruner proposed three modes of representation: concrete or action-based (enactive representation), pictorial or image-based (iconic representation) and abstract or language-based (symbolic).

Based on his findings, Bruner proposed the spiral curriculum: a teaching approach in which each subject or skill area is revisited in intervals at a more sophisticated level each time. Using this technique of a spiral curriculum, material is presented in a logical sequence. Initially a concept is enacted with “concrete” materials, later it is represented by models (pictures) and then by abstract notation (such a plus or equals sign). These learning theories are the basis of the Concrete Pictorial Abstract approach which runs throughout the Maths — No Problem! Programme.

Skemp wrote about instrumental and relational learning in his paper “Relational Understanding and Instrumental Understanding” (Richard R. Skemp Department of Education, University of Warwick. First published in Mathematics Teaching 7 in 1976).

Skemp distinguishes between the ability to perform a procedure (instrumental) and the ability to explain the procedure (relational) and argues that these are two different methods of learning – relational and instrumental. Singapore maths aims for pupils to progress beyond seeing mathematics as a set of arbitrary rules or procedures so that they have a relational understanding.

Based on Dienes’ ideas (1960), systematic variation is used throughout the series. The idea is that you vary the lesson through a series of examples that deal with the same problem or topic. Variation can take the form of mathematical variability, where the learning of one particular mathematical concept is varied, and perceptual variability, where the concept is the same but the pupils are presented with different ways to perceive a problem and use different ways to to represent the same concept. The Singapore maths approach presents this in a systematic way to ensure pupils comprehend what they are learning.

“The whole approach is pedagogically sound which makes it completely compelling. I’ve not seen anything like this in education, ever.”

Singapore maths has produced a world-class level of achievement for many years. Singapore students scored first in the past three Trends in International Mathematics and Science Studies (TIMSS). These studies are conducted by the International Association for Evaluation of Educational Achievement (IEA). Singapore’s 4th and 8th grade students scored top place for Mathematics in 1995, 1999, 2003 and 2007.

The Department for Education, the National Centre for Excellence in Teaching Mathematics (NCETM), the National Curriculum Review Committee and OFSTED have all emphasised the pedagogy and heuristics developed in Singapore. Today, maths textbooks based on the Singapore maths approach are being used in thousands of schools across the UK and have been widely adopted by the Department for Education’s Maths Hubs.

Why Singapore maths teaching is the envy of the world (and nothing to do with rote learning).

One of the findings in the TIMSS report is that most countries see a drop in comprehension in year 8 while Singapore students continue to excel which indicates a strong foundational base. As well as having a greater amount of high achievers, a significantly higher percentage of pupils in Singapore attain intermediate level than in the UK showing that the challenged learners benefit the most and retain their level.

See how MNP can support your practice through award-winning textbooks and workbooks, step-by-step teacher guides, and online CPD videos. 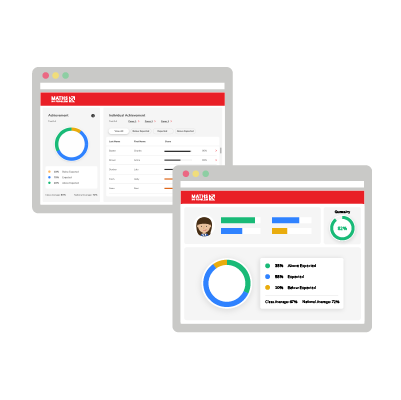