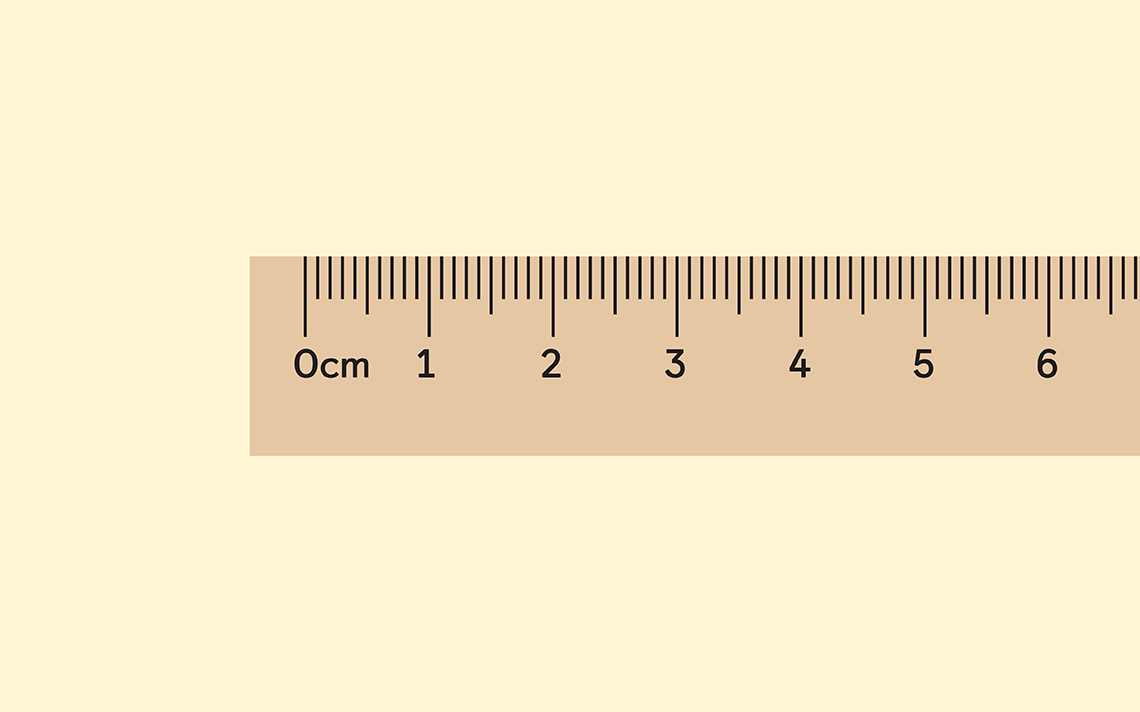 Length, weight, capacity and temperature. Measurement comes in many forms and it can be a tricky topic for children to master, but an essential one. When children know how to measure, they know more about their world. As digital experiences become a part of everyday life, real-world skills like measurement ground us.

I hope you find my experience of teaching KS1 pupils how to measure useful when you plan your own approaches to teaching measure.

It’s not an exhaustive guide, or a list of formulas to teach particular aspects of measure. Instead, it’s some suggested approaches that I’ve found effective in facilitating learners to use measures and effectively relate them to other mathematical concepts in KS1.

The importance of collaboration

When introducing measures I always like to place a strong emphasis on developing practical measuring skills, making estimates and reading scales and dials. I do this so that learners not only develop the theoretical aspects of different units of measure, but also understand how these units work in real life.

Over the years I’ve honed and refined theory and practice, usually after disastrous lessons where I’ve focused far too much on the abstract and not enough time linking these ideas to practical exposition.

I’ve learned that pupils gain this understanding through opportunities to work in partnerships and they learn more if they enjoy the activity, get a chance to discuss their process, explain their thinking and reach a shared understanding.

In my classroom, I’ve found that learning is generally most effective when pupils are working collaboratively. I usually pitch a task just outside an individual learner’s comfort zone, so that it needs a second opinion; it usually also involves practical equipment that needs a second pair of hands. Building a shared understanding of the benefits and ground rules with all learners first is very important, so that each group member gets a chance to express an opinion and has the confidence to challenge what others say.

This allows us as practitioners to spend time listening to the discussion in small groups, we may even join in, allowing a powerful lens into the ‘knowings’ and misconceptions of the learners within our classroom.

What can you measure?

One of the first places I like to start is to ask pupils to think of a time they’ve measured something, or a time something was measured for them. This is a way of collecting some possible definitions of the meaning of ‘measure’.

If my learners say they haven’t measured anything, I ask them questions like: ‘Have you ever had your feet measured?’, or ‘Have you ever watched the weather forecast to see how hot it was going to be?’.

Ask learners to think of what can be measured. It’s useful to think of this first in non-standard measures, establishing the idea of measuring something. Share the misconceptions and mistakes that the learners make and allow time for discussion around this.

Along with this initial approach, I generated the lessons from the starting point in textbook 1A and took place with a Primary 2 Year 1 class over a sequence of 2-3 lessons.

Start with a problem that needs to be solved then lead into a discussion around noticing the size of hands and how this might impact on the measure.

What I found was this approach generated lots of supplementary questions and an initial vocabulary of measure. I was surprised at the depth of knowledge that the learners had. Many of my learners instinctively measured by estimate and compared their results using non-specific comparative vocabulary such as long, short, heavy, light etc.

In pairs pupils should then discuss how they are going to ‘measure’ how long things are, using feet and hands. This will lead to a discussion around accuracy where it was suggested that it would be more accurate if we used a cut out of our hands and feet.

The concept of accuracy was further explored when we started actually measuring. Attention was drawn to potential inaccuracies and misconceptions through a celebration of ‘brilliant mistakes’. This led to much more accurate measuring as you can see from the two boys measuring the length of the sofa. 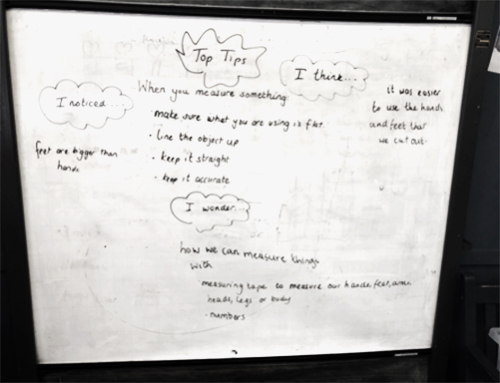 After this I then moved onto measuring with cuisine rods, making our own rulers before moving on to measuring length with rulers and tape measures.

Make explicit connections to other areas of mathematics

Sometimes learners don’t consider measure to be part of mathematics and as a result may be unable to make connections between it and any other part of the subject. I’ve found that this is compounded by the fact that measure is often taught as a separate unit.

By using measures in all our examples and practical exercises instead of just using numbers we help to make meaningful connections.

With the help of examples included in the MNP Textbooks and Workbooks, I’ve been able to incorporate work on measures into all mathematics topics: number, decimals, fractions, percentages, ratio, shape and data handling.

When planning your own lessons around any of the four rules of number, why not use measure problems? Try these out:

There are plenty of other areas of mathematics — for instance fractions or ratio — where using measures in the examples above can help learners understand the concepts and apply their life experience.

Connecting outside the classroom

Measurement is a topic where many pupils have a better experience of it outside the classroom than inside it. Learners often have impromptu ways of measuring in real life, which don’t necessarily transfer easily to formal mathematics problems. This is because, in KS1, they rarely need to calculate using measure or to measure accurately in real life.

It’s important that we relate activities in the classroom to situations where learners come across measures outside the classroom.

By providing examples such as:

In my classroom I try to generate activities that reflect these needs.

Thinking about practical weighing, I always use items that learners might want to use, or which have some meaning in daily life.

It may be helpful to know roughly how much I can lift, how many items will fit in the average shopping bag, or what an aeroplane baggage allowance feels like. Similarly, learners don’t need to know how many 200 ml beakers of water will fit into a bowl; it would be far more useful to know how many glasses of juice could be poured from a 2 litre bottle as this is something that they will encounter in real life.

A final tip of mine is to introduce measurement through stories as it hooks all sorts of learners of all ages in. Many children’s books connect to measurement. The activities from stories also crossover many curriculum divisions.

We make better sense of new learning if we can put it in a context, a framework that enables us to put this small piece in its place in the bigger mathematical picture. Measurement is no exception. Knowing how and why tools, devices and procedures are used helps create the context for new learning and ensures that learners make links between all of the areas of mathematics.