J. Allan Hermanson and the power of storytelling 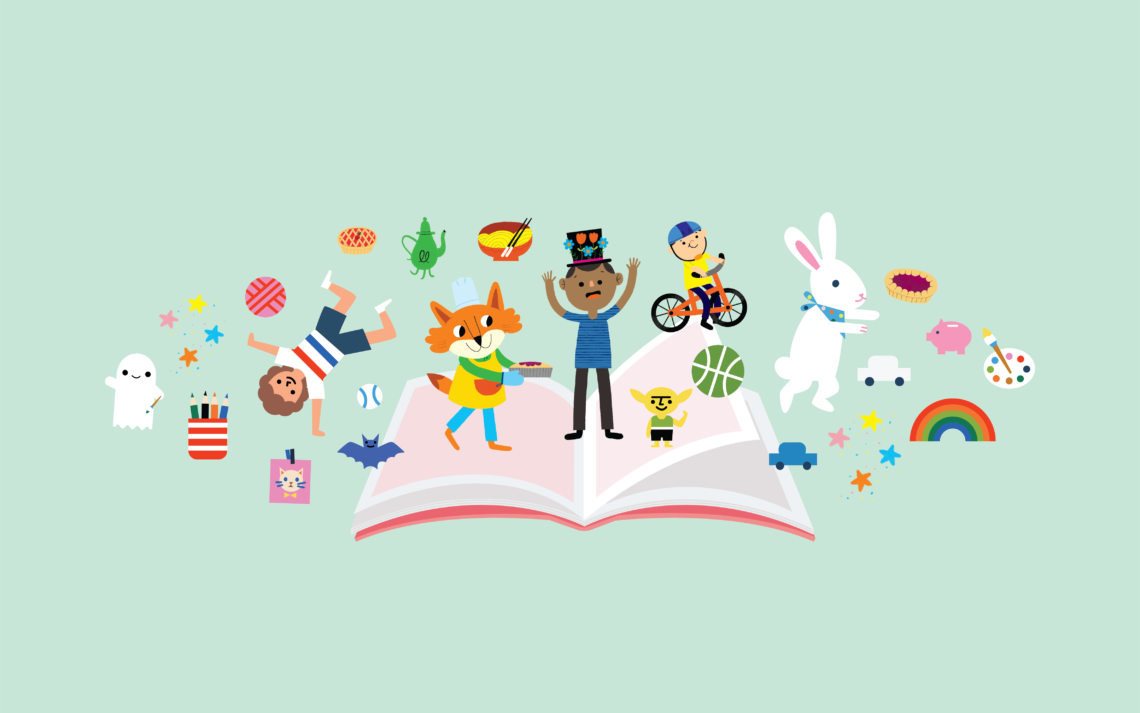 “My father was an engineer, but at heart he was an entertainer” , Maths — No Problem! co-founder

James Allan Hermanson — the late father of Maths — No Problem! co-founder Anne Hermanson — was a brilliant storyteller with a gift for communicating with children through words and music.

Allan was born in 1931 and grew up in Prince Albert, Saskatchewan in western Canada. He studied engineering before landing a job with Canadian National Railway in Montreal. Hard-working and dedicated, Allan had an irrepressible wit and creativity that found fullest expression in the stories he wrote for his three young children — David, Anne and Beth.

“My father was an engineer, but at heart he was an entertainer,” says Anne. “He had a passion for word play and a talent for creating puns, jokes, poems and stories that would make people laugh. Children were his favourite audience.”

Allan based his stories on incidents or conversations that were part of the everyday world of his children. “Dad would see what we were thinking of and create this magical world around that.”

For instance, Allan captured Anne’s love of Easter and the Easter Bunny in a story called ‘Rosy Red.’ Another called ‘This ‘n That’ was sparked by Anne’s devotion to cats, dogs and other animals.

“He had this imagination and creativity that he was only able to express through the stories,” says Anne, herself an author and lecturer on the English Restoration. “That was his life force. That’s what made him happy. And that’s why he was really good at it.”

In Montreal, word spread about the stories, which Allan had been turning into books with illustrations from son David. An article appeared in the Montreal Star, at the time the city’s dominant English-language newspaper. Several publishers were interested in the poems, but they felt some of the words were too complex for small children. Allan didn’t want to change the words, so the poems were never published.

Years later, when Maths — No Problem! co-founder Andy Psarianos first saw Allan’s stories, he was blown away. He decided he needed to do something to make sure they reached a wider audience.

He also recognized the stories could be used as a mechanism to bring children into the magical world of mathematics.

“Too often in maths education, there’s a separation between the material and the real world,” says Andy. “But it’s critical, especially for young children, that they can immerse themselves in a storybook and look for the mathematics. It’s a different lens.”

Andy asked Dr. Yeap Ban Har, technical consultant at Maths — No Problem! and a legendary figure in maths education, to get involved. In a marriage of true minds, Ban Har became the design director for the project to convert Allan’s stories into Picture Books for Foundations, the new Early Years series.

‘Rosy Red’ and ‘This ‘n That,’ along with two more of Allan’s stories — ‘Playmates’ and ‘Magic Oven’ — were published earlier this year as Picture Books for the Foundations series, with plans for more to come.

“I’m so proud of these books,” says Andy. “So much love goes into it, so much care.”

Editor’s note: Read more about how Ban Har decided on the mathematical themes for each Picture Book.

While that marked the end of his engineering career, it was the beginning of a rich, new phase in his career as an author.

“When he retired, my father continued to write for young people at a local children’s hospital, transforming the children into princes and heroes and helping them in their life struggles through rhyme and verse,” Anne says.

Allan would go to the hospital every Saturday, including Christmas Day if it fell on a Saturday, “right up until the day that he really couldn’t do it anymore because of ill health,” says Andy. “He not only gave the stories to the kids, but he would go in and perform them.”

Allan would talk to the kids at the hospital to find out what they were interested in and how they were feeling and thinking about things.

“He would go away and he would come back with this poem,” says Anne. “He would write stories to take them out of their pain and sadness. Dad’s skill was to write stories that children really felt took them somewhere.”

“It’s exciting to have the opportunity to share these poems with a new generation of young readers,” she says.
We hope you’ll enjoy these stories as much as we do. 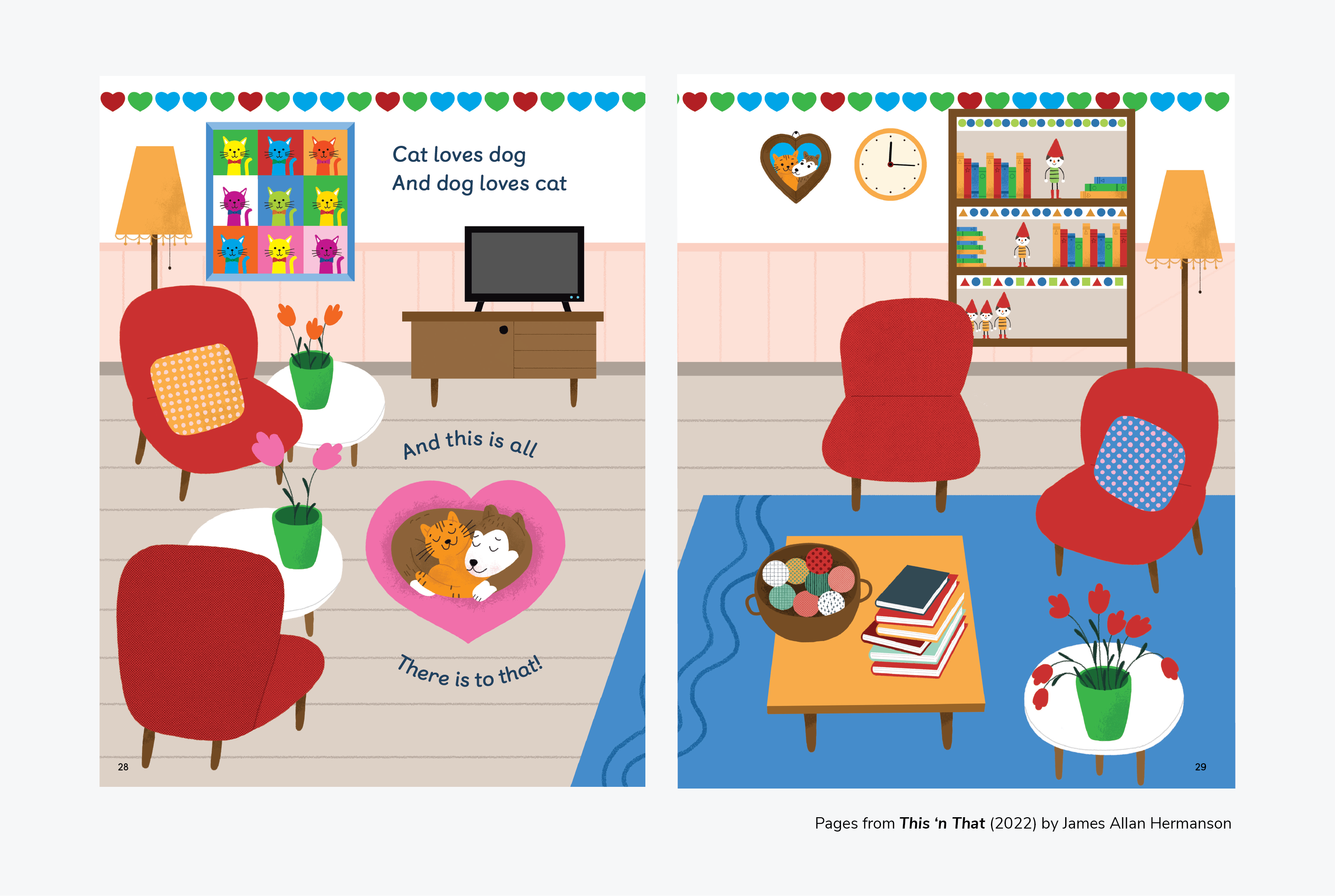 This Early Years mastery programme encourages learning through play and sets children on a path to a deep understanding of maths.

Chris Fournier is a former reporter and editor with Bloomberg News who covered financial markets, the economy and politics in Germany and Canada. He became interested in the maths mastery approach when he was looking for something to help his school-age children overcome their anxiety about mathematics. He was so impressed with the Programme, he joined the company and is now senior copywriter.