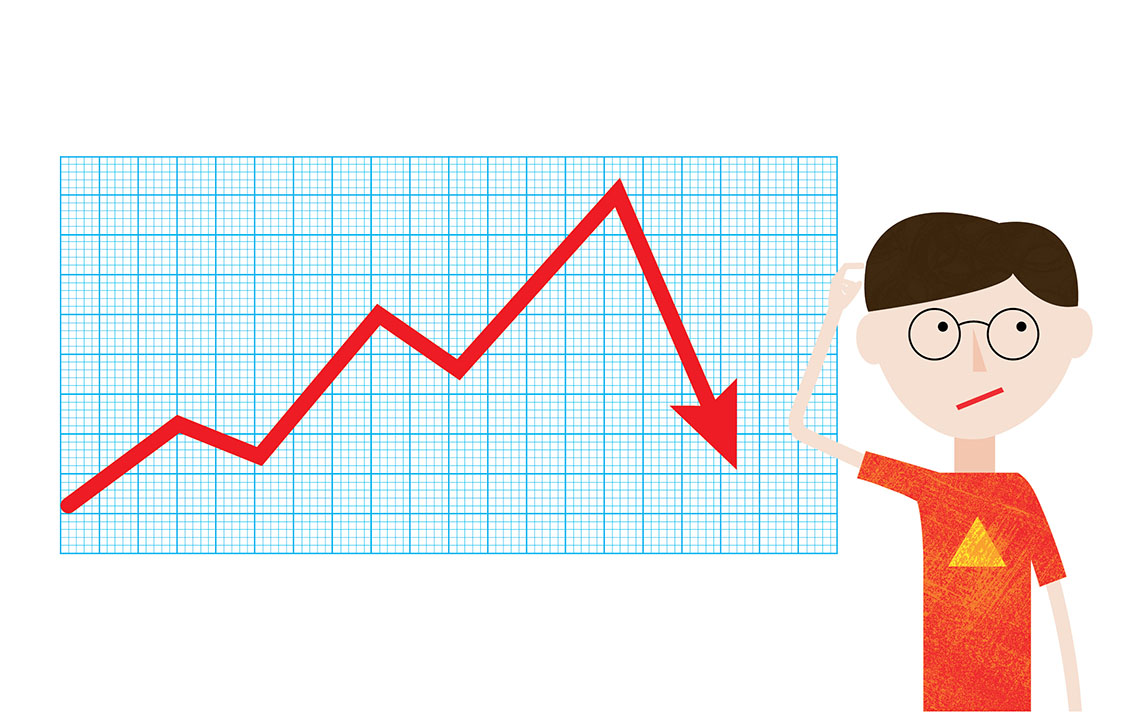 They would have been better placed to deal with the new exams if they hadn’t been taught in a primary school system which failed to get them off to the right start, says Suzanne Terrasse of Maths – No Problem!

This year’s cohort of GCSE maths students in England and Wales have been used as guinea pigs in a misguided experiment that has left them underprepared for the new-style, harder exams which, for the higher tier, contain elements previously only seen on the A level syllabus.

The new maths syllabuses often gained accreditation only a matter of weeks before students were due to start courses. Schemes of work, necessary for effective teaching were being written as teachers started to deliver the curriculum; textbooks, again crucial to effective teaching of mathematics, were not ready in time, and those that were ready had been rushed through, with resulting errors.

This year’s GCSE cohort have not benefitted from changes in the primary maths curriculum, which are beginning to see real improvements in attainment. In particular, the Government’s sponsorship of the maths mastery programme is leading to more confident students at KS1 and 2, although it has not been running long enough for benefits to have been felt at secondary level.

Mastery is typified by the Singapore system, which seeks to build flexible learners with a depth of understanding that allows them to access a range of problems in a format which they may not have come across before, but which they nevertheless have the skills to solve. The current GCSE cohort has been prepared in a system which has tended to accelerate those perceived as ‘advanced’ learners, often at the expense of the majority.

A more ‘joined up’ approach, beginning with the introduction of the mastery method at primary level, segueing into a tailored mastery curriculum for secondary students, would have been far better. Successful implementation of the mastery method, however, requires time and patience. In Singapore, maths results were transformed over a generation; the UK, too, should be looking at change over the long-, not the short-, term.

But in the UK, we have a history of accelerating children through content which means that many children in secondary school lack the foundations of maths learning – vital if they are to master the subject.

The Singapore mastery model has three key components which help to put down the groundwork for solid learning:

Maths teaching requires high-quality teaching materials, and failure to provide the expert framework of a textbook is hampering teachers’ ability to teach maths to the level demanded by the new maths GCSE.

Only one primary level maths mastery textbook has been approved by the Department for Education. This paucity of resources of the right quality applies even more at secondary level where teachers are now expected to teach what was formerly A-level content to Higher tier GCSE students.

A good textbook does not just save teachers time; it also ensures that the basic building blocks of learning are in place and frees teaching staff to do what they are trained to do – teach!

Crucially, teaching for mastery takes time and to implement the model without the right materials will knock the confidence of teachers and further demoralise them at a time when there is already a shortage of specialist maths teachers. Change needs to be embedded over time and shouldn’t be reflected in high-stakes exams too early.

Andreas Schleicher, Director for Education and Skills at the OECD, says that countries with the best maths results invest in and value their teachers. They pay competitive salaries to attract the best talent and invest heavily in ongoing professional development giving them time to collaborate and improve their practice.

Major change to the examination system of the type seen in GCSE maths requires rigour and understanding which should have been developed in students over many years. To demand that the first experimental cohort demonstrates this with none of the careful preparation necessary for success is manifestly unfair. No wonder that parents, teachers and students are furious.

I fervently hope that this year’s GCSE cohort – my son included! – are happy with their results. My fear is that the new grading system will lead to havoc and we may see a whitewash by the boards in a bid to avoid the political fall-out from yet another ill-thought through government strategy.

This article was originally published on tes.com on 22nd August 2017

Suzanne Terrasse is a former head of French at a grammar school with an in-depth understanding of examination boards and experience teaching AQA, OCR, Edexcel and CIE (IGCSE). Suzanne has participated in expert panels looking at curriculum change and development for Exam Boards.