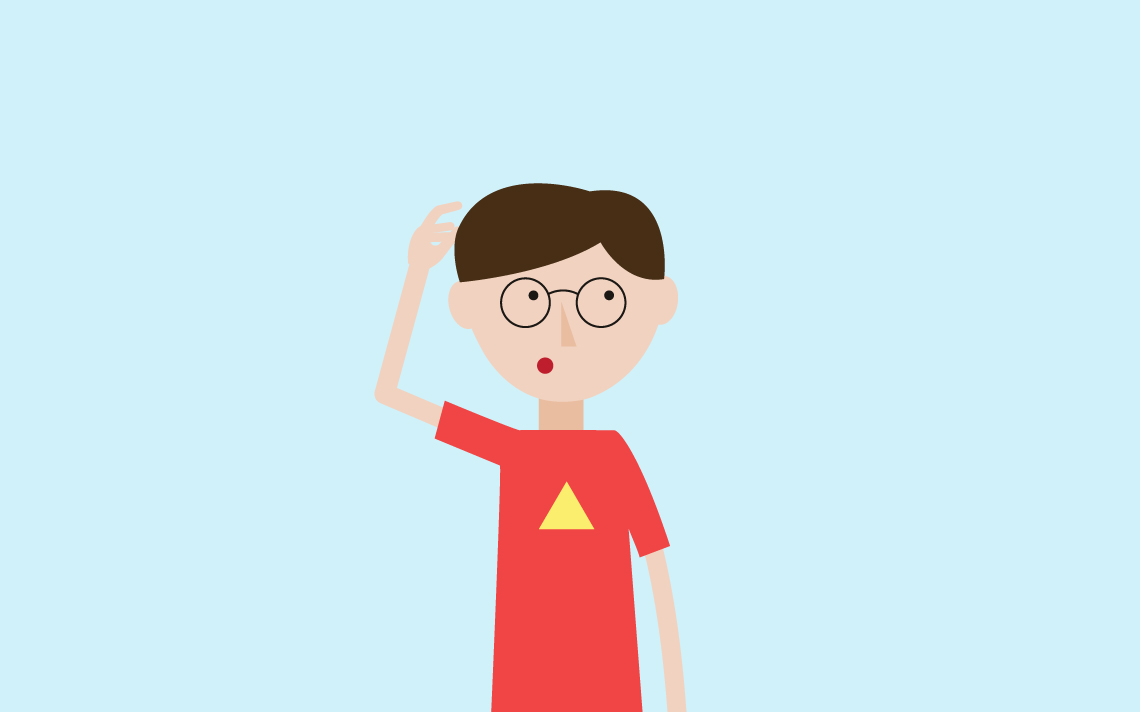 Word problems is one of the trickiest topics in Year 6. So why would a teacher run an experiment that challenges learners to take charge of the lesson for themselves?

As teachers, we hope we have all the answers. Mistakes and errors are usually ones we’ve come across before and it’s easy enough to guide learners back to the correct path. But what happens when you can’t find the answer? Your learners could struggle and lose confidence. Plus, you may have to admit to them, that you’re not sure what to do.

To prepare for the worst, I carried out an experiment with my Year 6 class. What if I completely left it to them to solve a maths problem?

Letting my learners take charge of the lesson

Since adopting a maths mastery approach my learners have become more independent and more engaged in their maths lessons. If I admit that I don’t know the answer, then their reaction is to take up the challenge to find the answer themselves.

It’s important for me to find ways to stretch my learners — this helps to build confidence and gives them the resilience to try and fail, and then try again.

I decided to put them to the test and challenged them to take charge of a lesson. My plan was to use the fact that I didn’t know how to reach the answer to facilitate the class discussion.

I trusted that the class’s communication skills and way of working meant that we would be able to find the answer between us. This meant no preparation. The children had full responsibility for this lesson!

The lesson that I based my experiment on is from Maths — No Problem! 6A, Chapter 6: Word Problems, Lesson 4.

In this chapter, learners are asked to solve complex word problems using the four operations and bar model diagrams.

The first three lessons are workable, but the fourth lesson comes with a warning. It states that ‘a traditional bar model will not be helpful and requires high-order reasoning and picture drawing‘.

The fiendish nature of the lesson made it the perfect choice for the experiment. If this didn’t challenge my Year 6 class, nothing would! 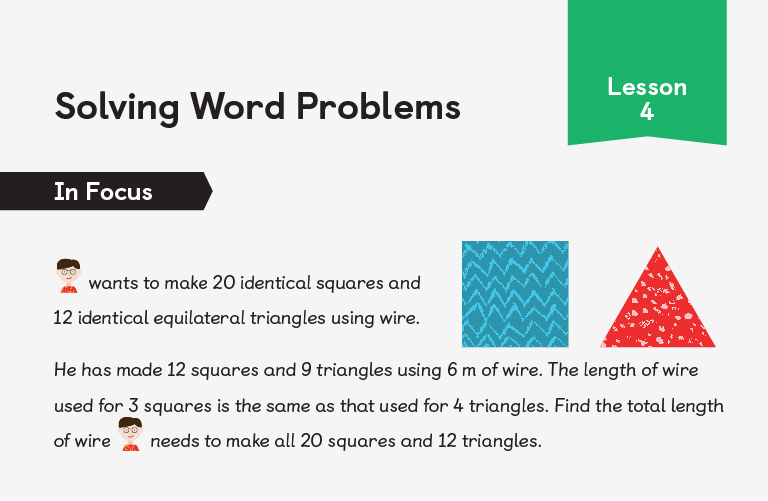 So, did the experiment work?

It was an overwhelmingly positive experience. The class solved the problem by throwing everything in. No one went into lesson thinking it would be easy. As the children weren’t judging themselves on whether they reached the answer, they could enjoy the struggle.

The interaction was excellent; ideas jotted down, diagrams added to explain, discarded ideas crossed through. Children moved around the class comparing methods in a constant hubbub of chat!

Finding the way to the answer involved going down many wrong paths. But there may be something of use in the wrong paths. We came to realise that the answer was almost an off-shoot of the lesson. It didn’t matter as much because you were still doing maths.

They were thinking hard, working with many people, sharing ideas to spark other ideas, and tackling problems alongside the teacher on a level playing field. No one admitted to being stuck, and no one gave up. If an idea led up a cul-de-sac, then you tried another way.

Making use of journals

With the method and answer discovered, the children used their journals to write an explanation for an additional practice question. Here’s an example from one learner’s journal. 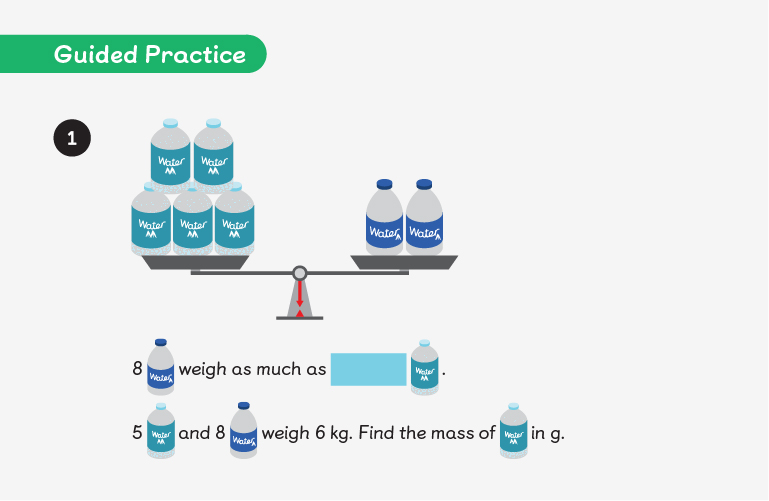 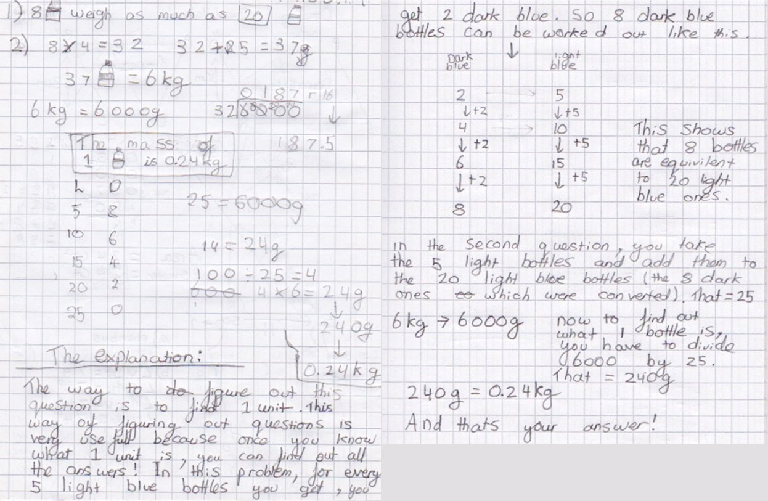 Journaling is a great way to develop higher-level thinking. In this instance, it gave the class the chance to select the relevant information and carry out the necessary calculations in groups. The journal entry also serves as a great reminder for my learners that they can persevere through tricky questions and find the answer for themselves.

The children’s engagement, communication skills, and confidence to operate a hard lesson was empowering. They had nothing to lose and all to gain by trying.

So, don’t avoid the difficult problems in lessons, see what your class comes up with. They’ll see that teachers aren’t perfect (they might suspect it already), take up the challenge, and you can share in their excitement when the answer eventually emerges.